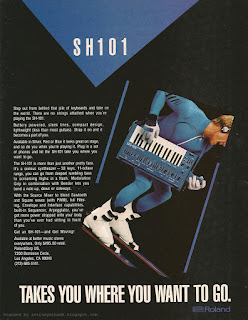 Shibuya, the center of shopping for young people in Japan, is also a major hub for musical instrument shops in Tokyo. My favorite shop for new gear, Music Land Key, is there, so if there’s something new I need, I know they’ll have it for a good price. I’d been wanting an Arturia Beatstep Pro for awhile. Although I have a Korg SQ-1, I liked the idea of having two lanes of sequencing, plus its MIDI to CV functionality was intriguing. And with all the hardware I seem to be amassing, I figured it was time to wean myself off the DAW a little as well.

I put on a pair of pants and rode the trains across town. It’s not far in Tokyo terms. I live on the northwestern edge of the metropolitan center, outside of the Yamanote line that defines central Tokyo, but not so far removed either. But considering how big Tokyo is, my fairly short trip still took an hour each way. I rode the elevator to the fifth floor, made a beeline for the Beatstep Pro, saw that it was still white, and turned right around and went home.

I just couldn’t buy it. It’s white. White is for kitchen appliances.

Yes, industrial design is important to me. Here was a product that I wanted (I won’t say needed) and would have used often. And yet I couldn’t get past its horrid color scheme. White? Nothing else in my studio is white, except me. Why does it insist on standing out so much? I won’t ever be able to not see it in my studio. It would drive me bonkers.

Basically, the only acceptable colors for music gear are black and gray or silver. I’m willing to consider a red or blue if it’s really cool, like the SH-101. The MicroBrute Red looks like a Jolly Rancher that’s been sucked on for awhile. So no thank you. The blue SE looks like a buttermint from my grandmothers’ candy tin. Basically candy colors are not acceptable anywhere except in my mouth. How about the red or blue Monologues? The red one isn’t bad but the blue one looks like a sweater with LEDs. Sorry, Korg. 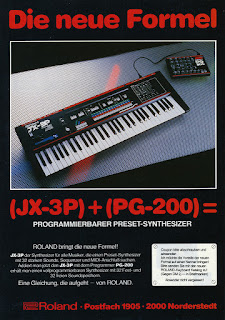 But what about the black edition of the Beatstep Pro, I hear you sputter incredulously. Yes, it’s ok, but it still has those horrid accent colors like teal and lilac. Lilac! What am I supposed to do with that?

No, if you want an example of a gorgeous synth that does accents right, look no further than the Roland JX-3P. With its rainbow of green, blue and red preset labeling, it’s the perfect meeting of 80s frivolity and cool synth design. Other synths that get the accent thumbs up from me are the Juno-106 and Jupiter-8. Largely gray but with just enough color to be exciting, yet still restrained enough to never annoy you, they’re gorgeous examples of synthesizer design. 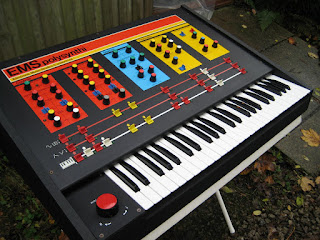 One of my favorite synths in terms of panel design is the EMS Polysynthi. With its great red, blue and yellow blocks, and mismatching colored knobs, it looks more like a 1970s public television children’s program credit sequence than a musical instrument. Actually, this is probably the reason I like it so much, as those are exactly the kinds of shows I grew up watching. 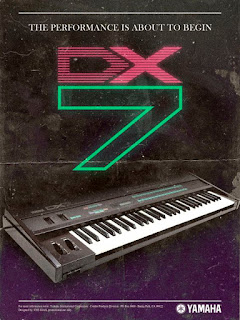 I also like the look of the Yamaha DX7. Despite its pastel flair, it just works for me. Perhaps it reminds me of a certain time in my childhood. The Korg Poly-800, which shares a similar color scheme, isn’t as pretty as the DX7 but I don’t actively dislike it, probably because it was my first synth. I much prefer Korg’s Poly-61, with its light blue graph paper grid and green and red LCD displays.

I’m a big fan of the Moog Opus-3 as well. From a distance it looks like any other Moog from the same time period, but a closer look reveals a number of brightly colored accents and knobs. Hey, I can hear you getting flustered again, isn’t that basically the same color scheme of the Beatstep Pro that you hate? Yes, it is. All I can say to that is I’m a complex man. 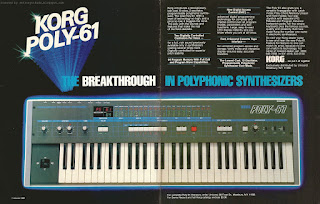 But I’d much rather own a Beatstep Pro (even the white one) than have to be around gear from the '90s. There’s a reason I went entirely in the box around 2002. I mean, was I really expected to try to work with a Roland groovebox, with their cluttered panels and terrible color schemes? I can’t believe they expected me to pay to look at those things. Waldorf is another big '90s offender. Their digital synths may sound amazing but they look like something a child scrawled on the wall with Magic Markers.

Yes, beauty is in the eye of the beholder. I fully comprehend that not everyone is as finicky as I am about these things, and that I’m probably contradicting myself in this piece. But if Behringer thinks the Neutron will be on my Christmas list this year, they’re sadly mistaken.